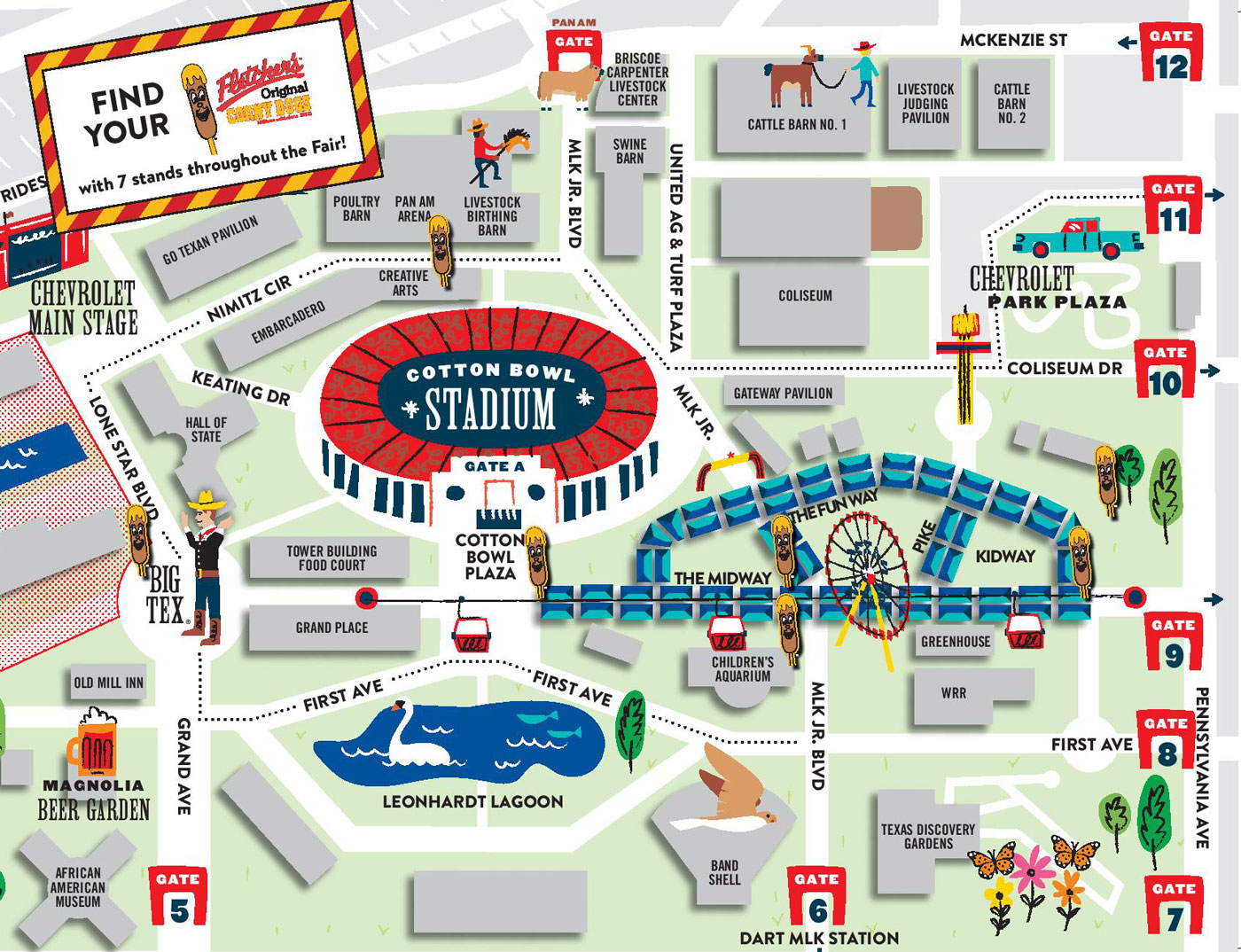 Special food pricing is available every Thursday of the State Fair of Texas. This year, Fletcher's will offer our Bird Dog (Turkey) at the $2 discount each Thursday during this promotion.

In celebration of their 80th Anniversary, Fletcher's Original Corny Dogs will give away* 80 Corny Dogs to the first 80 customers in line every Friday (starting Opening Day) throughout the run of the State Fair of Texas at all seven of Fletcher's locations.

*One complimentary Corny Dog per person. Not valid for State Fair of Texas or concessionaire employees 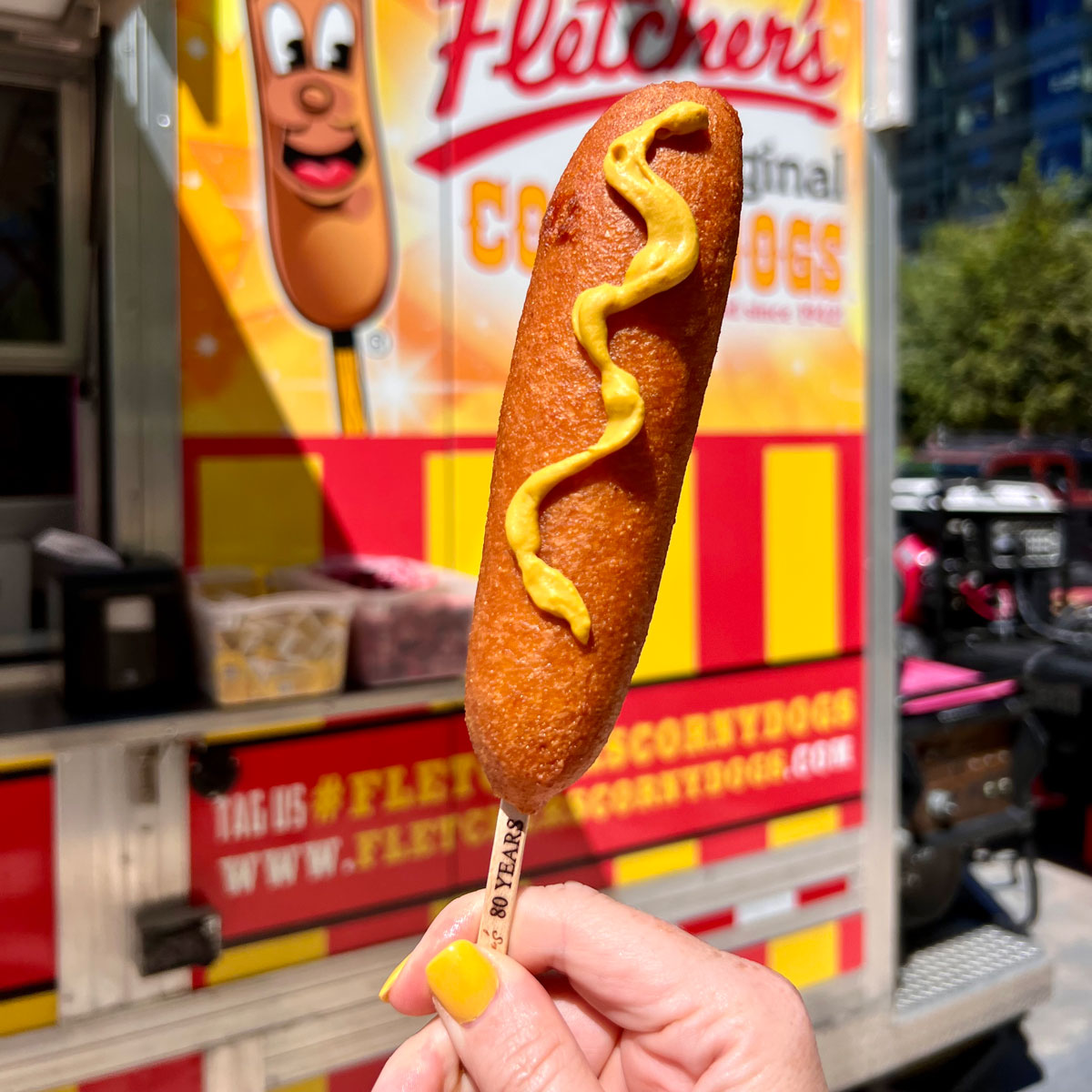 Look for the Golden Ticket Stick

Find Fletcher's Golden Ticket Stick and win fabulous prizes! Fletcher's Corny Dogs has branded eighty wooden sticks that will be utilized throughout the 24-days of the State Fair of Texas. Customers who are lucky enough to get an 80th anniversary-branded stick with the purchase of their corny dog can redeem it at Fletcher's Midway stand for a branded bag filled with company swag such as a T-shirt, coffee mug, hat pin, and other memorabilia. 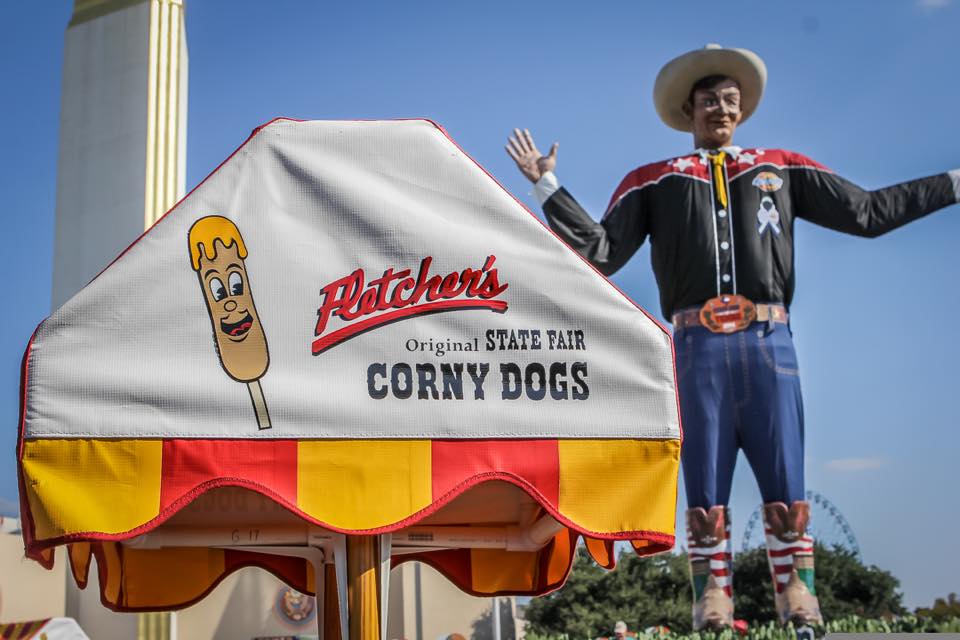 Crunchy on the outside, warm and juicy on the inside. See our delicious array of corny dogs and choose your go to!